Silver Daddies are a subcategory of the gay daddy culture that are older (well generally), emotionally mature and finally hot.

Sadly due to the ageism prevalent in our world, many of the baby gays who are attracted to silver daddies often choose to put their attraction aside and avoid dating these older guys.

Truth be told, there are a number of reasons of why a younger gay male should give a silver daddy a chance.

In the modern era, being a young gay male in your twenties (and for some, their thirties) are an anxious and confusing time filled with anxiety and confusion.

Silver daddies have been through this time and are often at a stage in their life where they have the mental space to be there for someone else and be someone a younger gay can lean on.

Think about it, many younger guys are too caught up experiencing and dealing with life to really be there for their partner.

ARE ALL SILVER DADDIES WEALTHY?

Let’s be real guys – the financial struggle of being young unless you have a trust fund no matter how great your career is going can be hard.
Although if you’re lucky you may be able to cover your daily life but even for those lucky few the luxuries in life – like fine dining or an all expenses trip to somewhere you’ve always dreamed about going may not be realistic.

Thanks to their long successful careers, silver daddies often have the means to make some of these dreams a reality.

Some older gay men are more prone to being generous than others and if this something that interests be sure to check out our article on where to find sexy gay men to date.

Just to clarify before we go on – being a gay sugar baby is different than being an escort since the older man is not paying for sex.

Although there is generally some form of allowance involved it’s usually in exchange for time… you know the boyfriend experience!

If it’s something that peaks your curiosity be sure to explore the above articles but if it’s not… that’s very noble of you (kidding)!

A SILVER DADDY AND HIS KNOWLEDGE

As they often say, age brings wisdom. In the case of silver daddies with their 25+ years of living on top of a younger gay man – we definitely agree.

These older gays knowledge base spreads to advise, conflicts and issues whether it be career or personally related, chances are they might have had relatable experiences that they’d be able to share to help a younger gay man navigate these often stressful situations.

A SILVER DADDY KNOWS WHAT HE WANTS

This is great since when it’s combined with his emotional maturity it usually results in someone who isn’t too pushy in terms of getting serious.

Not only does this give a younger gay man space to breathe and explore.

Dating a silver daddy definitely has it’s perks and is something a younger gay man should definitely try at least once.

What is life without new experiences?

All the better if they pay you. Am I right? 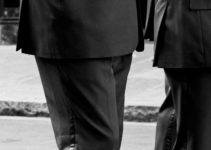 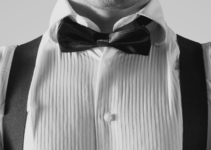 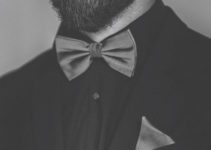